This article contains affiliate links. If you click on these and make a purchase, we may receive a small percentage of the sale. Click here to find out more.

Despite its funny name, the game of pickleball is most likely one of the fastest-growing sports in the U.S. Invented somewhere around 1965 by three bored dads (Bill Bell, Joel Pitchard, and Barney McCallum) on Bainbridge Island, pickleball started as a makeshift game with pretty much handmade equipment. It was a combination of tennis, ping pong, and badminton.

But why is it called pickleball? Well, there are several theories to that. According to Pitchard’s wife, the name started because this combination reminded her of the pickle boat crew – where all oarsmen were picked out of leftovers from other boats. That being said, McCallum says it was also called after Pitchard’s dog, Pickles, who would steal the ball mid-game and run away with it.

Some say both reasons apply – but regardless, the game is very entertaining, and has quickly become very popular in the States. People are even organizing tournaments for it – so it’s not a small matter. However, you have to know the rules and invest in the best gear. This is what you will find out here, from our tips and reviews.

How Do You Play Pickleball? 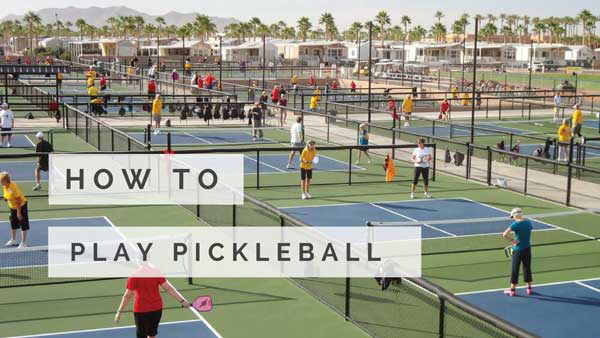 If you are a beginner or just heard about the game, you are probably wondering how to play pickleball. Well, first, you have to grab a few more friends, as each game is typically played in four people. There will be two people on each side of the net – each of them standing in their own division.

As for matches, they are generally played by the “two out of three” rule. Whoever wins two matches, wins. Each round is played to eleven points – or if you are playing only one game instead of three, you play it to fifteen points. Each round has a win-by-two rule.

Most people prefer to play pickleball in doubles (with two people on each side of the net), but you may also play singles. However, single games will have slightly different pickleball scoring methods. No matter if you choose to go for singles or doubles, here is how you play once you arrange the matches:

Every game will begin with a serve. Generally, the person that is standing on the right service court will always be the one to serve first – no matter if they are at the beginning of the game or if they are at a side-out. Bear in mind that before each serve, the server needs to call the score.

Every pickleball serve needs to be hit by using the underhand, from behind the cross-court baseline. The server needs to stay clear of the net and not land in the non-volley zone (a.k.a. “the kitchen”). If the ball does touch the net or land in the non-serve zone, the server will be asked to redo his serve. Doing both, however, is called a fault and is penalized.

This is very important among the rules of pickleball. The double bounce rule requires that the ball has to bounce on each courtside once before the players on each team can volley the balls back towards their opponents. When the ball bounces once in their court, the player has to hit the ball and send it back towards the opponent by using this same rule. This action is called the return of serve.

Yes, you read that right. A very important part of the pickleball game is the non-volley area, also referred to as the kitchen. A player cannot hit the ball while they are standing in the kitchen – the only exception being if the ball already bounced on their side. Players cannot step into the kitchen while trying to serve or return the pickleball, and they may also not enter even if the game momentum carries them there.

A pickleball mistake that occurs on the court is referred to as a “fault.” There are a few major faults that may occur at the start or in the middle of the game:

To put it simply, the main idea of pickleball is to send the ball back and forth until one player makes a mistake. It’s actually that simple. You just need to invest in the right gear, to ensure that you are safe throughout the entire game and that you do not subject yourself to injury.

No matter if you are playing pickleball as a hobby or as a professional, you will need to buy the right paddles. Why is it important, you might ask? Well, if you purchase the wrong paddles, not only will you compromise your safety, but you might also affect your game.

Pickleball paddles come in various sizes and weights, depending on your playing preferences. For example, if you are playing on a bigger court, you will need a paddle that can deliver quite a lot of strength, sending the ball farther. This can’t be done with a paddle that is too lightweight – for example, one made from fiberglass or very lightweight materials. The best choice here would be wood, as it is stronger within the core.

The problem here is that since wood is heavier, it is also more difficult to maneuver. For example, if you want to have more speed as you are serving or returning serves, then you might want to go for a more lightweight paddle than a heavier one. This way, you will be putting less pressure on your wrists, and you will be able to maneuver it much easier, and with better control. Also, you will tire much slower, since you will not be carrying as much weight.

However, by opting for a more lightweight paddle, you might be sacrificing from its strength – and you will have to use more of your own strength to volley the ball back. While this might not be convenient on a smaller court, it can be quite problematic if the field is slightly bigger.

Most commonly, people are opting for carbon pickleball paddles with honeycomb composite cores. These paddles are quite lightweight, but they also deliver a lot of strength in their serves. That being said, it still depends on your preferences, as well as your level. A beginner might get along better with a more lightweight paddle, whereas a professional player might feel better with a heavier paddle.

You will also need to determine whether you want to play professionally or just keep it as a hobby. For instance, while a standard pickleball paddle will be good for a beginner or intermediate player, it might not be appropriate for a tournament – not unless it has USAPA approval. Those paddles will be immediately branded as illegal, and you will not be allowed to play.

Just as the paddle, the right pickleball shoes are also very important for your game. You cannot just use any shoe when it comes to pickleball, as it can have serious consequences – particularly on your health and your comfort.

So, why pay so much attention to the shoes? Well, pickleball is quite a fast sport that involves a lot of movement – including turns, twists, jumps, shuffling, and hops. Plus, there is a lot of lateral and side to side movements. Since ordinary shoes aren’t designed to withstand these kinds of movements, you may end up injuring your ankles, heels, or toes.

While there are shoes designed for sports such as tennis or volleyball, there aren’t any shoes made for pickleball. However, most shoes for these mentioned games also have qualities that make them useful for pickleball. Proper cushioning and breathable materials are the first things you should look for in a pair of pickleball shoes.

Bear in mind that you will need to determine whether you are playing indoor or outdoor. For example, if you are playing indoors, then you will have to buy shoes that will not leave any skid marks on the court. Since most indoor courts use clay or other easily spotting surfaces, the wrong shoes may leave marks that the caretakers will never be able to get rid of. That being said, you will also need to look into shoes that have good traction so that you do not slip.

On the other hand, when you are playing outdoors, you might want to pay less attention to the marks and more to traction and durability. Since outdoor courts are generally made from concrete, you will have to invest in more durable soles, as the concrete might damage your shoes faster. You also need to invest in something with greater resistance to impact.

Investing in the Correct Pickleball Nets 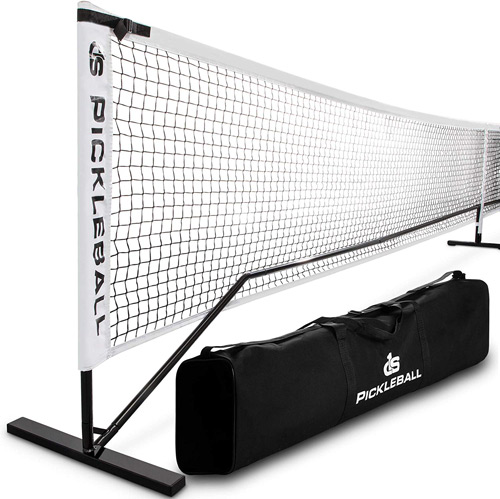 If there’s one thing that we know, it’s that we cannot play pickleball without a net. It’s what separates the opposite teams, allowing you to play and win points for your team. What’s more, you have a wide selection of pickleball nets available on the market – from portable to permanent options, from small to big ones, or from lightweight to heavier alternatives. Each of them will have different prices depending on your requirements.

For instance, if you tend to take your pickleball game to various fields, you might want to go for a portable one. This way, once you are done playing pickleball, all you have to do is fold it and put it back in your carrying bag.

Moreover, you need to determine exactly how you want to play pickleball. For instance, if you are a beginner and only want to play pickleball casually in your driveway, then you might not have to go as far as purchasing a USAPA approved net. On the other hand, if your plan is to play professionally, then you might want to go for something with USAPA approval.

Granted, you won’t be hunted down and fined if you decide to install a non-approved one in your driveway – but it will still teach you what to expect from a professional game. From its height to its quality, it will introduce you to the world of professional pickleball. Check out our pickleball net reviews to see your top-quality options.

Going for the Right Pickleball Bags 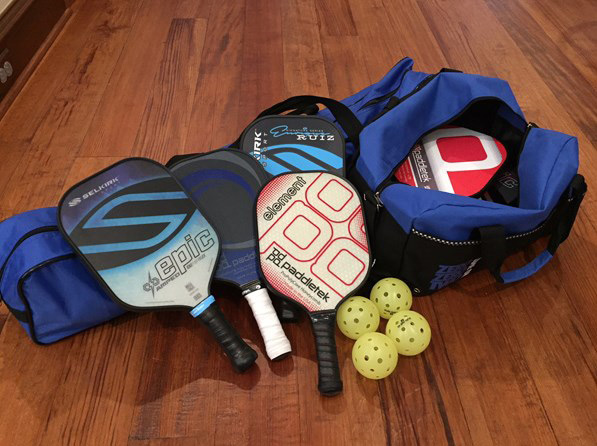 Your pickleball bag is also a very important aspect to consider, no matter if you are playing pro or are a beginner hobbyist. This bag will allow you to carry your things to other locations, from your paddles and balls to your shoes, pickleball clothing, water, and any other items that you may need.

Make sure that you choose one that is spacious enough for your needs. For instance, some people prefer a duffle bag or a backpack, as they tend to carry more pickleball items on them. On the other hand, other people prefer lightweight tote bags, as they only need to carry the paddles and balls with them.

Pickleball bags are supposed to make things comfortable for you – which is why you should look for comfort features (e.g. padded straps). It should also be durable and qualitative, as you are likely to use it quite often.

Pickleball is a very fun game, provided you play by the rules. It has quite an interesting history, and the game combo makes it quite fascinating. However, to be safe, you might want to invest in the best gear, as it will prevent any accidents from occurring.

However, since finding the most appropriate wear can be difficult, you might want to read as many reviews as possible. This will help you determine whether your product of choice can be of use to you while being qualitative. 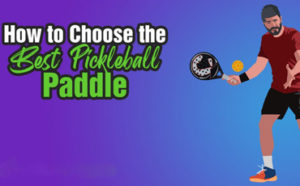 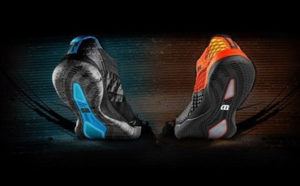 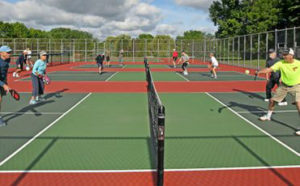 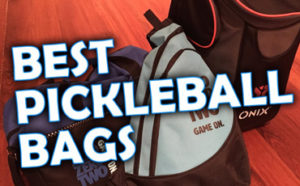 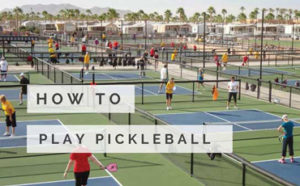